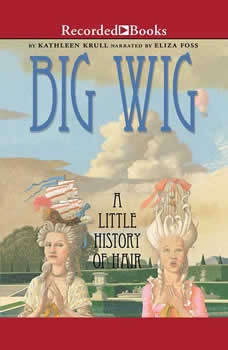 By blending historical details with "amusing anecdotes that put flesh and blood on dry literary bones," best-selling kids author Kathleen Krull "knows exactly how to captivate her audience" (Publishers Weekly). In this playful look at hair, Krull draws upon centuries of hairy history-including the fake beards of Egyptian queens, the hair-filled medicine of the Incas, and the diverse wigs of Queen Elizabeth I-to show just how hair-brained people can be.