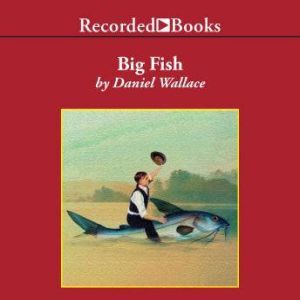 Writer and illustrator Daniel Wallace has published stories in various literary magazines. Big Fish is a novel reminiscent of Garrison Keillor and Mark Twain. It is a surprising work, filled with imagination, homespun humor, and hyperbole. Edward Bloom, an aging salesman, is dying. As his grown son, William, cares for him, the young man tries to focus on what he knows about his father's life. Story after story surfaces in William's memory, and he shares mythic visions of a fantastic father who was loved by all-a man who was the best runner, fisherman, businessman, and adventurer in the world. Big Fish tells these tall tales of Edward Bloom's life. Punctuated with his vast repertory of jokes, they set the stage for Edward's final, wonderful transformation. Each chapter achieves an added richness through Tom Stechschulte's distinctive narration. An interview with Daniel Wallace is the perfect conclusion to this audio production.