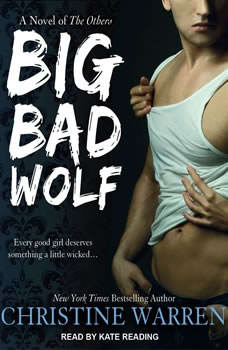 Missy Roper's fantasies have revolved around Graham Winters since the moment they met. But the imposing leader of the Silverback werewolf clan always seemed oblivious to Missy's existence. At least he was, until Missy collides with him at a party and then abruptly runs away—arousing Graham's interest...and wild desires. Lupine law decrees that every Alpha must have a mate, and all Graham's instincts tell him that the sensual, beguiling Missy is his. Trouble is, Missy is human—every delectable inch of her. Convincing his clan that she's his destined mate, and keeping her safe from his enemies, will be the biggest challenge Graham has ever faced. And now that he is determined to have her—as his lover and as his mate—Missy's world is changing in ways she never imagined.

Drive Me Wild
by Christine Warren

Tess Menzies can work a spell with a few blinks of her baby blue eyes. But this dedicated witch can't summon up a single good reason she's been made an envoy between her kind and Manhattan's fiercest were-creatures. The two sides haven't spoken in f...

Born to Be Wild
Others #9