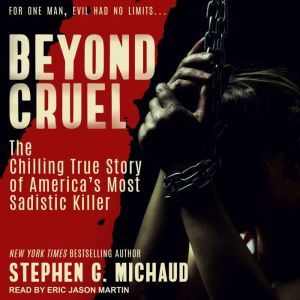 Beyond Cruel: The Chilling True Story of America's Most Sadistic Killer

Authorities opened the door on one man's hidden life . . . Mike DeBardeleben was known as the Mall Passer for the way he passed off fake money at local shopping centers. But when US Secret Service agents finally arrested him, they were met with more than just phony bills. They found that their counterfeiter led a shocking double life . . . Only to discover a house of horrors. DeBardeleben's home was littered with drugs, bondage gear, and a collection of audio tapes in which he recorded the abuse of his countless victims. As the evidence mounted, a terrifying profile emerged of a man who forced women to be his accomplices, practiced sadism, even dressed up in women's clothes-a serial killer whose depraved fantasies led to a spree of violence that would last as long as eighteen years . . . and would end in a sentence of almost 400 years in prison. As terrifying as it is true, this is the story of a man who proved to be, beyond the shadow of a doubt, Beyond Cruel.