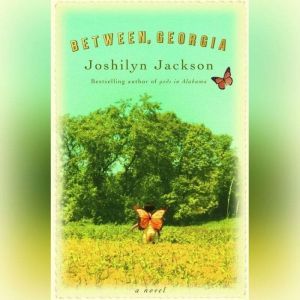 Nonny Frett understands the meanings of "rock" and "hard place" better than any woman ever born. She's got two mothers, "one deaf-blind and the other four baby steps from flat crazy". She's got two men: her husband, who's easing out the back door; and her best friend, who's laying siege to her heart in her front yard. She has a job that holds her in the city, and she's addicted to a little girl who's stuck deep in the country. To top it off, she has two families: the Fretts, who stole her and raised her right; and the Crabtrees, who lost her and can't forget that they've been done wrong.In Between, Georgia, population 90, a feud that began the night Nonny was born is escalating, and a random act of violence will set the torch to a 30-year-old stash of highly flammable secrets. This might be just what the town needs, if only Nonny wasn't sitting in the middle of it.

I LOVED '...Alabama' but thought that this book left something to be desired. I think it took a little too long for the storyline to develop. The characters were likeable enough throughout and I wanted to love them but it just never 'took off' for me. I won't give up on this author because I truly loved her first book and know she can write but I was disappointed in a book that I held my breath waiting for....