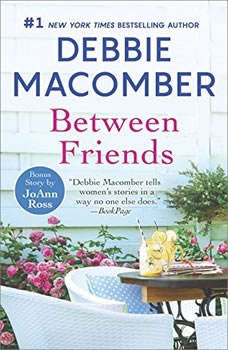 The story of a remarkable friendship—told in a remarkable way. A story in which every woman will recognize herself…and her best friend

Jillian Lawton and Lesley Adamski. Two girls from very different backgrounds become best friends in the turbulent 60s, but their circumstances and choices—and their mistakes—take them in opposite directions. Lesley stays in their hometown. She marries young, living a life defined by the demands of small children, never enough money, and an unfaithful husband. Jill lives those years on a college campus shaken by the Vietnam War, and then as an idealistic young lawyer in New York City.

But they always remain friends.

The rivalry between the Mannion and Harper families has divided them for over a century. Which is why, when John Mannion and Sara Harper fall in love, they become the small seaport town’s very own Romeo and Juliet. But in Honeymoon Harbor, nothing—not even an infamous family feud—is a match for love.