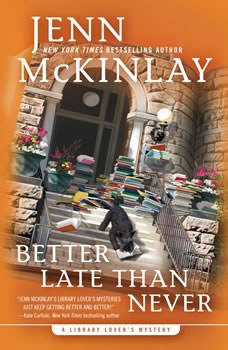 When the Briar Creek Public Library holds its first overdue book amnesty day the volume of incoming materials is more than Lindsey and her staff can handle. In a bind, Lindsey drafts the crafternoon ladies to help check in and sort the stacks of books. But one tardy tome catches her attention-a copy of J. D. Salinger's The Catcher in the Rye, twenty years past due. When Lindsey looks up the borrower, she's shocked to discover it was a murdered school teacher named Candice Whitley, whose killer was never found. Now Lindsey wonders if it could provide a clue to the decades-old cold case. Lindsey is determined to catch the culprit one way or another, because justice for Candice Whitley is long overdue.