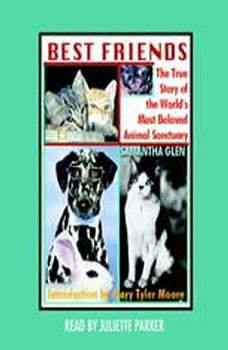 Best Friends: The True Story of the World's Most Beloved Animal Sanctuary

Discover a place where every animal is safe, loved, and allowed to live out its natural life. Here is the inspiring true story of Best Friends, an animal sanctuary a few dedicated people made happen, and thousands of furry and feathered friends have called home. Meet the residents, including Sinjin, the badly burned black cat, and Sparkles, the broken-down packhorse. Meet their rescuers: a famous symphony conductor, a successful architect, veterinarians, and others. Most of all, fall in love with the animals and people who share a special bond and whose often comic, sometimes poignant, always enchanting adventures together will touch your heart—and teach us all the true meaning of Best Friends.

“For everyone who has ever loved a pet, this is a message of the universal love between animals and people.”—Booklist