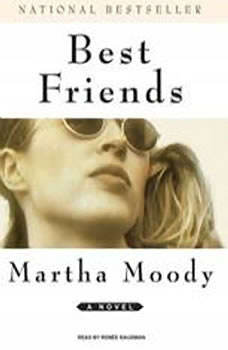 Before arriving at Oberlin in 1973, Clare Mann had never met anyone like Sally Rose. Rich and beautiful, Sally is utterly foreign to a middle-class, Midwestern Protestant like Clare—and utterly fascinating. The fascination only grows when Sally brings her home to L.A. Mr. Rose—charismatic, charming, and the owner of a profitable business shrouded in secrecy—is nearly as compelling a figure to Clare as he is to his own daughter. California seems like paradise after winters in Ohio. And Clare begins to look forward desperately to these visits, to carefree rides in Sally's Kharmann Ghia and lazy poolside days. As the years pass, Clare becomes a doctor and Sally a lawyer, always remaining roommates at heart, only a plane ride or phone call away. Marriages and divorces and births and deaths do not separate them. But secrets might—for as Clare watches, the Rose family begins to self-destruct before her eyes. And the things she knows are the kinds of things that no one wants to tell a best friend.

Prayers for Rain
by Dennis Lehane

When a former client jumps naked from a Boston landmark, Private Investigator Patrick Kenzie wants to know why. Once a perky young woman in love with life, her suicide is the final fall in a spiral of self-destruction.What Kenzie discovers is a sad...

The Virgin Suicides
by Jeffrey Eugenides

First published in 1993, The Virgin Suicides announced the arrival of a major new American novelist. In a quiet suburb of Detroit, the five Lisbon sisters--beautiful, eccentric, and obsessively watched by the neighborhood boys--commit suicide one by...