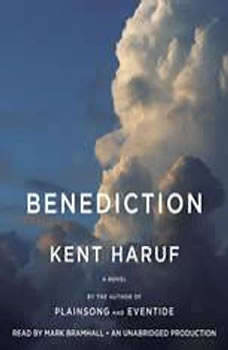 A Shelf Awareness Best Book of the Year

From the beloved and best-selling author of Plainsong and Eventide comes a story of life and death, and the ties that bind, once again set out on the High Plains in Holt, Colorado.

When Dad Lewis is diagnosed with terminal cancer, he and his wife, Mary, must work together to make his final days as comfortable as possible. Their daughter, Lorraine, hastens back from Denver to help look after him; her devotion softens the bitter absence of their estranged son, Frank, but this cannot be willed away and remains a palpable presence for all three of them. Next door, a young girl named Alice moves in with her grandmother and contends with the painful memories that Dad's condition stirs up of her own mother's death. Meanwhile, the town’s newly arrived preacher attempts to mend his strained relationships with his wife and teenaged son, a task that proves all the more challenging when he faces the disdain of his congregation after offering more than they are accustomed to getting on a Sunday morning. And throughout, an elderly widow and her middle-aged daughter do everything they can to ease the pain of their friends and neighbors.

Despite the travails that each of these families faces, together they form bonds strong enough to carry them through the most difficult of times.  Bracing, sad and deeply illuminating, Benediction captures the fullness of life by representing every stage of it, including its extinction, as well as the hopes and dreams that sustain us along the way. Here Kent Haruf gives us his most indelible portrait yet of this small town and reveals, with grace and insight, the compassion, the suffering and, above all, the humanity of its inhabitants.