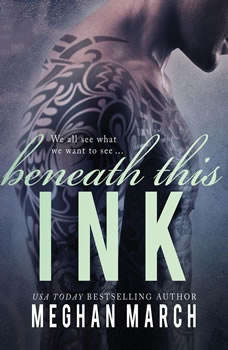 Series: The Beneath Series #2

Ive always known she was too good for me, but that never stopped me from wanting her. And then I finally had her for one night. A night I dont remember. I figured Id blown my shot. But now shes walked back into my life, and this time, I have the upper hand. I want my second chance. Will she be able to see the man beneath this ink?

The Beneath Series Bundle

Beneath This Ink
The Beneath Series #2

Beneath These Chains
The Beneath Series #3

Beneath These Scars
The Beneath Series #4