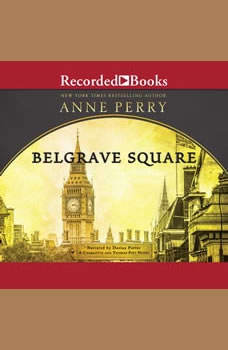 The 12th mystery in the beloved Inspector and Charlotte Pitt Victorian mystery series, now a hardcover success. When a moneylender named William Weems is murdered, there is discreet rejoicing among those whose meager earnings he devoured. But the plot thickens when Inspector Pitt finds a list of London's distinguished gentlemen in Weems' office.