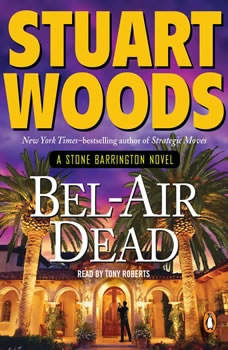 In the newest addition to the New York Times-bestselling series, Stone Barrington comes face-to-face with a beautiful woman from his past. . . .

Stone Barrington receives a rather unexpected phone call from Arrington Calder, the ex-girlfriend with whom he has a son. Arrington's much older husband, the actor Vance Calder, has just died, leaving her a fortune in Centurion Studios stock. Arrington has plans for the money and asks Stone to represent her in the sale of the company. But when he arrives at her home in Bel-Air to finalize the deal, things take a nasty turn. It seems many of Hollywood's rich and beautiful have Arrington and Centurion in their sights, and Stone finds himself dragged into a surprisingly deadly web of intrigue.