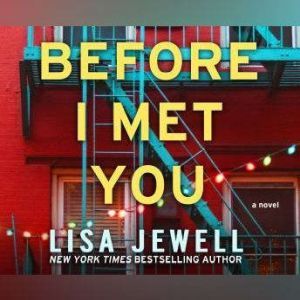 Before I Met You

After her grandmother Arlette's death, Betty is finally ready to begin her life. She had forfeited university, parties, boyfriends, summer jobs-all the usual preoccupations of a woman her age-in order to care for Arlette. Now she's ready for whatever life throws at her, and, since the will included a beneficiary unknown to her who lives in the city, she heads there to find the mysterious woman... In 1920s London, Arlette is starting her new life in a time of postwar change. Beautiful and charismatic, she's drawn into a hedonistic world, but then tragedy strikes, and she flees back to her childhood home... When Betty's search leads her to a man-someone who meant the world to her grandmother-the secrets of Arlette's past may help Betty find her own way to happiness in the present... A rich detective story and a captivating look at London then and now, Before I Met You is an unforgettable novel about two very different women, separated by seventy years but united by big hearts and even bigger dreams.