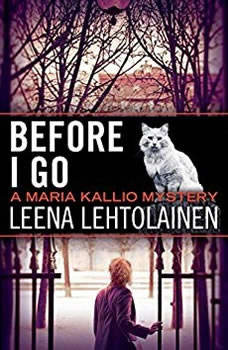 A fierce detective risks everything to unravel a tangle of secrets and corruption protecting a killer in this spellbinding seventh mystery in the tension-filled Maria Kallio series.When Petri Ilveskivi is murdered in the street on his way to a city-planning meeting, Maria Kallio, commander of Espoo’s Violent Crime Unit, and her team are first on the scene. Almost immediately, her focus is on the band of skinheads who brutally attacked the Finnish commissioner and his husband three years earlier. Did they finally finish the hate crime they started? But the trail soon reveals a web of lies—secrets Petri was keeping from even those closest to him—and a long list of suspects.As she juggles her obligations as a wife, mother, and detective, Maria suggests to her superiors that what first appears to be a random assault may actually be something more sinister. When she’s met with silence and higher-ups take her off the case, she disobeys orders and investigates on her own, putting both her family and herself at risk. In this captivating tale in the Maria Kallio series, someone is protecting a killer. Can Maria track them down before the next victim falls?

Before I Go
Maria Kallio #7