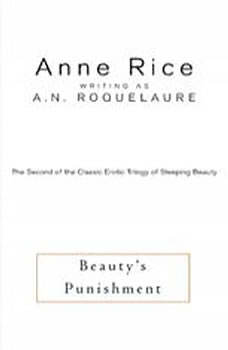 An erotic novel of discipline, love, and surrender for the enjoyment of men and women.This sequel to The Claiming of Sleeping Beauty, the first of Anne Rice's elegantly written volumes of erotica, continues her explicit, teasing exploration of the psychology of human desire. Now Beauty, having indulged in a secret and forbidden infatuation with the rebellious slave Prince Tristan, is sent away from the Satyricon-like world of the Castle. Sold at auction, she will soon experience the tantalizing punishments of "the village," as her education in love, cruelty, dominance, submission, and tenderness is turned over to the brazenly handsome Captain of the Guard. And once again Rice's fabulous tale of pleasure and pain dares to explore the most primal and well-hidden desires of the human heart.Read by Genvieve Bevier and Winthrop Eliot.

Seeing with the Heart
by Evangeline Anderson

Mastering the Mistress
by Evangeline Anderson

I have never bought a book that I listened to, that I actually skipped to get to the end just to see if the end would make more sense the the whole book! I love Romance, NO ROMANCE! I love a good a good hard making love scene, but this was none of the above..It was slavery, rape, torture, and nothing what the dialogue stated! I am angry that this site does not guaranteed their books, which they should, because it is money so sadly spent! I have to get an I pod so I can join a different book club. I wanted to read more of her books, because they seem interesting, but after this, I don't dare!