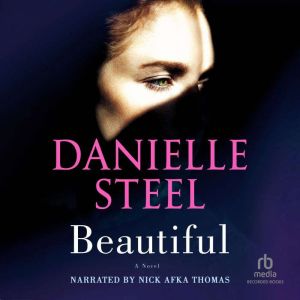 A renowned supermodel's world is torn apart in an instant, sending her on an unexpected journey of discovery in this masterful novel from #1 New York Times bestselling author Danielle Steel. Veronique Vincent is a star. At age twenty-two, she is one of the most sought-after models in fashion, gracing the covers of magazines and walking the runways of haute couture shows across the globe. Yet, despite being the consummate professional, Veronique wants little of the glamorous life that modeling affords her. The beloved daughter of a hardworking single mother, she has always preferred spending time at home or with her kindhearted boyfriend to attending lavish parties. When a quick getaway presents a welcome break on the heels of Paris Fashion Week, and before a Vogue cover shoot in Tokyo, Veronique is thrilled, eager to escape the mayhem of her busy schedule. Then, out of nowhere, a tragic explosion at Zaventem Airport in Brussels changes her life forever. The ruthless terrorist attack has the entire world on edge. Veronique finds herself hospitalized and alone, devastated to learn that the blast has killed both of the people she loved most. She is also forced to confront the harsh reality that she has been severely injured, her famous appearance forever altered. As she plunges into seclusion, the industry that once adored her believes her to have fallen off the map. In truth, she is struggling to find herself again after losing everything, and to discover what truly matters in life. But her mother's will, accompanied by a letter Veronique never knew existed, reveals long-held secrets, introducing her to a world she hadn't even known was possible. As Veronique forges bonds old and new, she begins to see a light beyond the darkness she has come to inhabit, finding peace in opportunities to help others, and redefining for herself what beauty is, and what it truly means to be beautiful. Danielle Steel presents a story of one woman's breathtaking perseverance in moving beyond tragedy to a life more meaningful than she could ever have imagined.