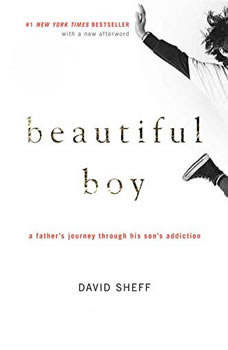 Beautiful Boy: A Father's Journey through His Son's Meth Addiction

David Sheffs story is a first: a teenagers addiction from the parents point of view, a realtime chronicle of the shocking descent into substance abuse and the gradual emergence into hope. Before meth, Sheffs son, Nic, was a varsity athlete, honor student, and awardwinning journalist. After meth, he was a trembling wraith who stole money from his eightyearold brother and lived on the streets. With haunting candor, Sheff traces the first warning signs, the attempts at rehabilitation, and, at last, the way past addiction. He shows us that, whatever an addicts fate, the rest of the family must care for one another, too, lest they become addicted to addiction.

The New York Times bestseller and one of the 100 Most Notable Books of 2005. In the tradition of This Boy's Life and The Liar's Club, a raucous, poignant, luminously written memoir about a boy striving to become a man, and his romance with a bar.J....

Bitter is the New Black
by Jen Lancaster

Unabridged ? 11 hoursThis is the smart-mouthed, soul- searching story of a woman trying to figure out what happens next when she's gone from six figures to unemployment checks and she stops to reconsider some of the less-than-rosy attitudes and valu...

As a parent, the story is heartbreaking but hopeful. I thought the narration was great, almost as if the auther was reading himself, but I think the abridged version would have sufficed. I'm anxious to read his son's novel of the same account.