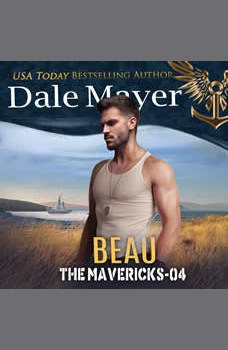 Not the size to blend in anywhere … Not that he cared …

Beau heads to Alaska to a cult that kidnaps women to flesh out its numbers. One woman in particular has gone missing. When her father calls in a favor, Beau is asked to fit into the cult community. Only his style is guns blazing, and he doesn’t bother counting the dead …

Danica was late for her college class when a hood was thrown over her head, and then she was tossed into the back of a vehicle. Days later, she wakes up on a dirt floor of a cell with only a grate above her head. But she’ll take it as she’s nothing if not innovative. As soon as she escapes her prison, she runs into the brick wall that’s Beau. He’d good at giving orders. She’s not so good at following them …

With dozens of lives at stake in a sex-trafficking scheme, neither Beau nor Danica had expected it would be action all the way for them as they battle to free other women and to stay alive–together.