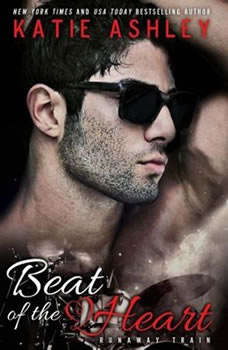 Beat of the Heart

After years of bad relationships and a cheating ex-fiance, twenty-eight-year-old Mia Martinelli prefers healing her patients' hearts on the Cardiac Care floor rather than risking having her heart broken again. But that all comes to a screeching halt when caring for the head roadie for Runaway Train puts her into the orbit of drummer and Latin Lover, AJ Resendiz. After a scorching weekend of steamy passion, Mia's intention of getting out with her heart unscathed is challenged by the stud with the wicked sense of humor, especially when he wants to continue seeing her. But when the harsh reality of AJ's hoard of female admirers sends her insecurities into overdrive, Mia bails, leaving him handcuffed to his bathroom shower. AJ never imagined that after two weeks of the best sex and female companionship he'd ever experienced, he would need rescued by his band mates from his shower prison. Although he tries to forget the sensual brunette whose curves made his mouth water, AJ can't get her out of his mind...or his heart. Months later when he finally seeks Mia for answers as to why she left, nothing could prepare him for their life-altering reunion. Can AJ prove to Mia that regardless of the women after his body, his heart belongs only to her?

Beat of the Heart
Runaway Train #2

Music of the Soul
Runaway Train

Strings of the Heart
Runaway Train #3