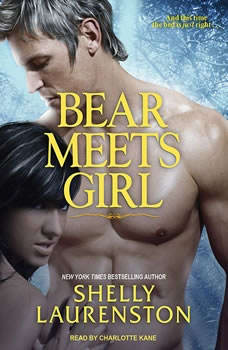 He's big, burly, and way smarter than your average shapeshifting bear. He's also about to get trapped by his own game... Lou Crushek is a reasonable, mellow, easygoing kind of guy. But when someone starts killing the scumbags he works so hard to bust, that really gets under his fur. Especially when that someone is a curvy she-tiger with a skill set that's turning Crush's lone-bear world upside down—and bringing his passion out of hibernation. As a member of an elite feline protection unit, Marcella Malone has no problem body-dropping anyone who hunts her kind. But Crush is proving one major pain in her gorgeous tail. The only reason she's joined forces with him is to track down the wealthy human who's got her entire species in his ruthless sights. It sure isn't because Crush's stubborn and contrary attitude is rubbing Cella in all the right ways...

Eric Warden knows that half-Shifter wildcat Iona is passing for human, living without a Collar in the human world. He also knows that if she does not acknowledge her Shifter nature and her mating hunger, it could kill her.Iona finds the mysteriou...

The Beast in Him
Pride #2