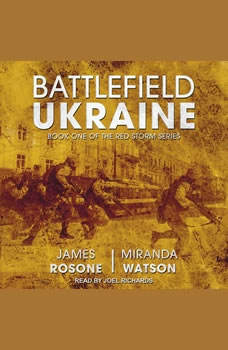 Why do wars really start? In Battlefield Ukraine, all the usual suspects are hard at work: battles over resources, money, and miscommunication. This predictive novel explores a potential war between NATO and Russia over the fate of the separatist regions in eastern Ukraine . . . you'll hope this realistic scenario doesn't become a self-fulfilling prophecy. Lines have been drawn in the sand, but how firm are they? Will the massive disinformation campaign by the Russians trick the new American administration to do their bidding? Will the new American president back down, or will the world creep one step closer towards global war?