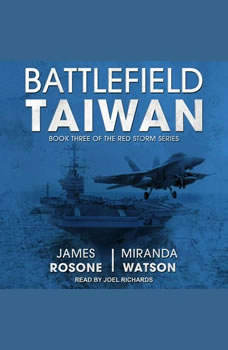 The fate of Taiwan hangs in the balance. If it falls to the Chinese, they will be one step closer to dominating all of Asia. Japan, Thailand, the Philippines—no one is safe from their hostile takeover. While North Korea no longer poses a significant threat, the incursions there have greatly weakened the United States military force. Will the President's draft and retooling of the economy move swiftly enough to make a victory possible? Or will America's resources be stretched so thin that Europe and Asia will both be lost? Uncover some of the deeper threads that have been woven in Russia and China's master plot. Will they be able to pull India into their web? Will China's new techno-communism become the new world order? Or will the United States find a way to reunite a fractured Europe and break free of the relentless attacks?