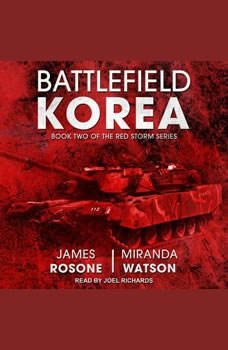 Battlefield Korea picks up in the middle of a brewing global conflict, as the Chinese look to capitalize on Russian intervention in the Ukrainian civil war. The surprise attack there has NATO in chaos, false headlines barrage the internet, and the war in Ukraine seems all but lost. Will this distraction keep America from intervening in Asia? When the Chinese begin to provide the North Korean regime with additional fuel, hard currency, and weapons, will America still be able to honor its treaty obligations in Asia? Or will the US have to concede the new reality of Greater China and a unified, nuclear-armed Korean peninsula? Find out in this gripping sequel in the Red Storm Series.