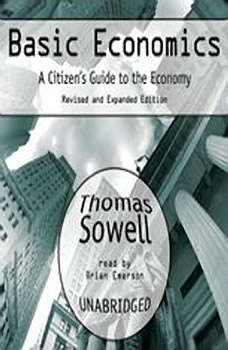 Basic Economics: A Citizens Guide to the Economy

Thomas Sowell has a different idea about how economics should be taught. With this groundbreaking introduction to economics, Sowell has thrown out the graphs, statistics, and jargon. Learning economics, he believes, should be relaxing, and even enjoyable. In this new edition, Basic Economics has been revised and expanded to address the new concerns of the twentyfirst century. It's focus has become more international, including the range of economic problems faced by foreign countries around the world. Each chapter reflects the experiences of many different peoples and cultures. In his straightforward style, Sowell demonstrates that the basic principles of economics are not confined by national borders.