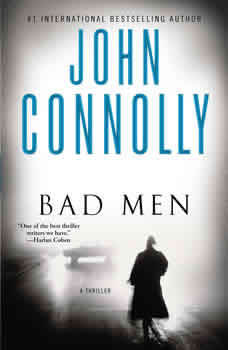 New York Times bestselling author John Connolly masterfully intertwines mystery, emotion, violence, and the supernatural in this raw and gripping thriller.He has been told the girl’s last words, and he feels unaccountably afraid. The dead ones. They were dead, but they had lights. Why do the dead need light? Three hundred years ago, the settlers on the small Maine island of Sanctuary were betrayed to their enemies and slaughtered. Since then, the island has known peace. Until now. A gang of four men are descending on Sanctuary, intent on committing a brutal and relentless massacre. All that stands in their way are rookie police officer Sharon Macie and the strange, troubled officer Joe Dupree. But Joe is no ordinary policeman. He knows the island has been steeped in blood once and that it will never again tolerate the shedding of innocent blood. The band of killers who are set to desecrate Sanctuary will unleash the fury of its ghosts upon themselves and all who stand by them. On Sanctuary, all hell is about to break loose...