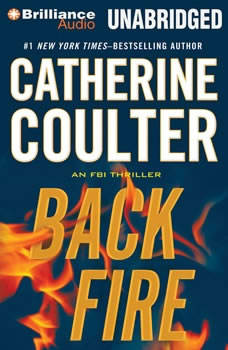 San Francisco judge Ramsey Hunt, longtime friend to FBI agents Lacey Sherlock and Dillon Savich, begins the murder trial of Clive and Cindy Cahill only to have federal prosecutor Mickey O’Rourke, known for his relentless, aggressive style, suddenly turn tentative and distracted. Hunt suspects that something is very wrong—and then O’Rourke goes missing and Judge Hunt gets shot in the back.Savich and Sherlock receive news of the attack as a mysterious note is delivered to Savich at the Hoover Building: FOR WHAT YOU DID YOU DESERVE THIS. Who sent the note? What does it mean?As Ramsey Hunt’s life hangs in the balance, Savich and Sherlock race to San Francisco to answer the question: Why would anyone shoot the judge? When they discover one answer, more questions arise until Savich and Sherlock face the final shock.