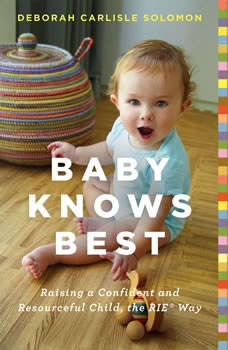 Raise self-confident, self-reliant children using the RIE (Resources for Infant Educarers) Approach.Your baby knows more than you think. That's the heart of the principles and teachings of Magda Gerber, founder of RIE (Resources for Infant Educarers), and Educaring. BABY KNOWS BEST is based on Gerber's belief in babies' natural abilities to develop at their own pace, without coaxing from helicoptering or hovering parents. The Educaring Approach helps parents see their infants as competent people with a growing ability to communicate, problem-solve, and self-soothe.BABY KNOWS BEST is a comprehensive resource that shows parents how to respond to their babies' cues and signals; how to develop healthy sleep habits; why babies need uninterrupted playtime; and how to set clear, consistent limits. The result? More relaxed parents and more confident, self-reliant children.

Do you feel like you're fighting a losing battle with yourself to get motivated to lose weight? Unfortunately, many people will never reach their weight loss goals simply because they can't figure out how to get themselves motivated enough to sti...