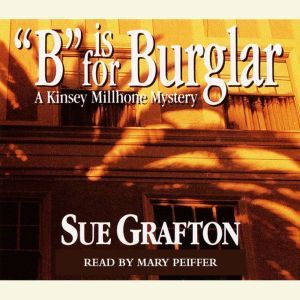 B Is For Burglar

A wealthy woman needs to find her sister to settle a will. It looks routine... boring. Still, business is slow and even a private investigator has bills to pay, so Kinsey Millhone takes the case.

But this is not routine and the deeper Kinsey digs the trickier things get. The client tries to call Kinsey off, an accusing husband surfaces and a double murder turns the case sinister. Kinsey feels adrift in a fog of distortion, where nothing - except danger - is quite what it seems.