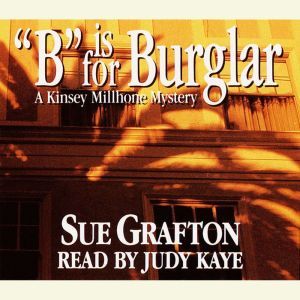 B Is For Burglar

Finding wealthy Elaine Boldt seems like a quickie  case to Kinsey Millhone. The flashy widow was last  seen wearing a $12,000 lynx coat, leaving her  condo in Santa Teresa for her condo in Boca Raton. But  somewhere in between, she vanished. Kinsey's case  goes from puzzling to sinister when a house is  torched, an apartment is burgled of worthless papers,  the lynx coat comes back without Elaine, and her  bridge partner is found dead. Soon Kinsey's clues  begin to form a capital M -- not for missing, but  for murder: and plenty of it.

Winner of the 1985  Private Eye Writers of America Shamus Award and the  1985 Anthony Award for Best Novel. 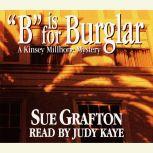