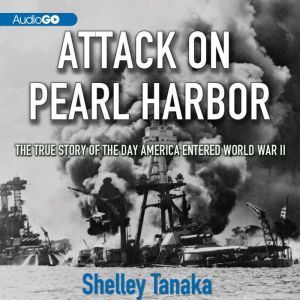 Early on the morning of December 7, 1941, the Empire of Japan launched a massive surprise attack on the US naval base at Pearl Harbor in Hawaii. Two brief and terrible hours later, much of the American fleet lay sunk or burning; 2,388 Americans were dead; and the United States and Japan were at war. Dozens of children witnessed this pivotal moment in history. And hundreds of young servicemen-both American and Japanese-came of age on this unforgettable day. Now, for the first time, their gripping eyewitness accounts are woven together in a powerful retelling of the events at Pearl Harbor. Award-winning author Shelley Tanaka re-creates every harrowing and heroic moment through the memories of young people who were actually there.