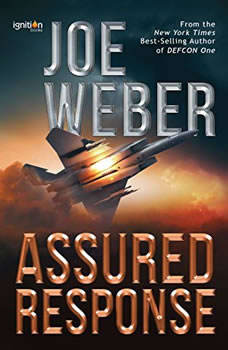 From the New York Times Best-Selling Author of DEFCON One When traditional military tactics are no longer enough, new weapons must be found. Scott Dalton and Jackie Sullivan are those weapons—operatives so secret that they will be disavowed if ever caught. Equipped with cutting-edge technology and with extensive resources, only they can prevent a nuclear catastrophe that could destroy the United States. They do not lack for targets in their efforts to prevent a worldwide conflagration: Saeed Shayhidi, a billionaire Iranian mastermind of terror; Khaliq Farkas, as barbaric and elusive as bin Laden; and Zheng-Yen Tsung, a powerful Chinese official looking to tip the scales of world power at any expense. For Dalton and Sullivan, the challenges have never been greater, the threat never more intense. The United State is under attack on multiple fronts and our enemies must know that any such attack will be met only one way . . . with an assured response. “Thanks be to the book-writing gods; we have a writer who does what writers are supposed to do—tell a story.”—The Wichita Eagle