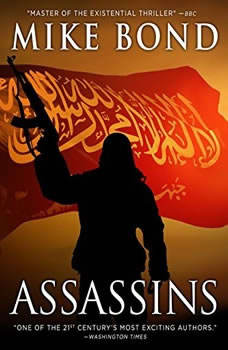 From its terrifying start in the night skies of Afghanistan to its stunning end in the Paris terrorist attacks, Assassins is, in novelized form, the story of the last thirty years of war between Islam and the West. Based on the author’s experiences in the Middle East, Assassins lives this unending conflict from the viewpoints of an American commando, a French woman doctor, an Afghani warlord, a Russian major, and a British woman journalist. Drop by parachute into the deadly mountains of Afghanistan, fight door to door in the bloody cities of Iraq and the lethal deserts of Syria, Sinai and Africa, know the terror of battle inside a Russian tank, feel the power of passion and love when at any moment you both can die – it’s all there, all real, in Assassins. Did the Saudi government finance 9/11? Did the Bush administration let Osama bin Laden escape Afghanistan and then lie about Weapons of Mass Destruction in Iraq? Did President Obama’s decision to leave Iraq in 2011 lead to the rise of ISIS and its worldwide fanaticism? It’s all there, all real, in Assassins.