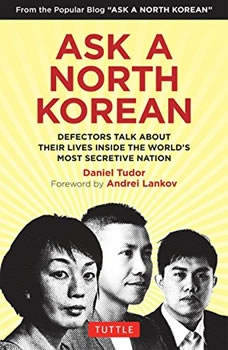 Ask a North Korean: Defectors Talk About Their Lives Inside the World's Most Secretive Nation

Understanding North Korean Through the Eyes of Defectors.The weekly column Ask a North Korean, published by NK News, invites readers from around the world to pose questions to North Korean defectors. By way of these fascinating interviews, the North Koreans themselves provide authentic firsthand testimonies about what is happening inside the "Hermit Kingdom."North Korean contributors to this book include:"Seong" who came to South Korea after dropping out during his final year of his university. He is now training to be an elementary school teacher."Kang" who left North Korea in 2005. He now lives in London, England."Cheol" who was from South Hamgyeong in North Korea and is now a second-year university student in Seoul."Park" worked and studied in Pyongyang before defecting to the U.S. in 2011. He is now studying at a U.S. college.This book sheds critical light on all aspects of North Korean politics and society and shows that even in the world's most authoritarian regime, life goes on in ways that are very different from what you may think.