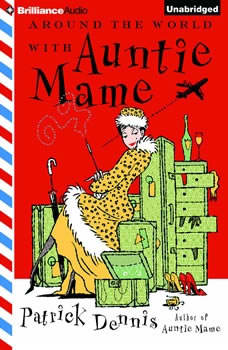 Around the World with Auntie Mame

Encore, Encore! The brilliant sequel to the smash bestseller Auntie Mame is back and the reviews are in.…Praise:“As extravagantly full of gags, slapstick comedy and general hilarious confusion as its predecessor.” —The New York Herald Tribune“Indescribably funny.” —Chicago Tribune“Funnier than the first book.” —New York Post