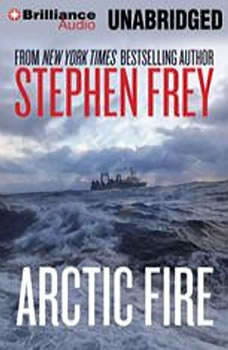 Troy Jensen could do it all: he conquered the Seven Summits, sailed solo around the world twice, and even fought a bull in a Mexican slum on a dare. So when word comes that a rogue wave has swept Troy off a crab fishing boat in the Bering Sea and into a watery grave, his brother, Jack, doesn’t buy it.Against his better judgment, Jack decides to quit his job as a Wall Street trader and heads to Dutch Harbor, Alaska, to investigate. Minutes after revealing his plan in his father’s New York City office, Jack is nearly run down in the street. He doesn’t think much of it at the time, but as he digs deeper into Troy’s disappearance, Jack unearths information about RED-CELL-SEVEN (RCS), a super-secret American intelligence group that has operated for forty years in almost total secrecy and with complete impunity—and its leaders intend to keep it that way at any cost.An adrenaline-pumping tale of one man’s descent into a hellish underworld populated by terrorists, assassins, and very bad “good guys,” Arctic Fire explores the disturbing difference between doing what is good and doing what is right when it comes to protecting America from her greatest enemies.