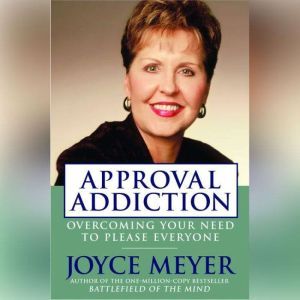 Approval Addiction: Overcoming Your Need to Please Everyone

There is an epidemic of insecurity in society today. Many people suffer from an unhealthy need for affirmation. They are not capable of feeling good about themselves. For some the quest for approval becomes an actual addiction, as they seek self-worth from the outside world because they can't find it within themselves. Joyce Meyer understands the need for seeking approval from others to overcome feelings of rejection and low self-esteem. The good news, she says, is that there is a cure. God provides all the security anyone needs. Her goal is to provide a pathway toward freedom from the approval addiction.