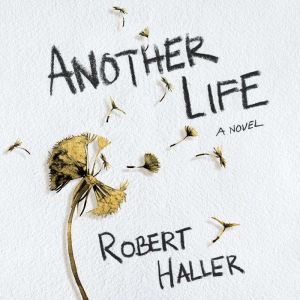 Another Life: A Novel

It's the first night of summer vacation, and fifteen-year-old Laura Swanson is out with her friends, looking for trouble. But in her sleepy town in upstate New York, the most exciting thing happening is the return of Paul Frazier, once the leader of a legendary high school band and now a mysterious recluse, living with his mother. What the kids don't know is that Paul spends most of his time in bed these days, coping with anxiety. Broke and jobless, he's come home from New York City to find his mom has been born again-again. But when he can no longer ignore his college loan statements, Paul takes a job running sound as his mom's church. The same church where April Swanson, Laura's single mother, runs the Vacation Bible School. Nearing forty, April is feeling discontent with another summer planning crafts and regurgitating Bible stories. Thirteen-year-old Benjamin Waid is also feeling dissatisfied with his summer. He's forced to attend VBS and still adjusting to his new foster-brother, DeShawn, a quiet, brooding boy from an ungentrified part of Brooklyn.When April and Paul sleep together one late, wine-filled night, they wake up the next morning with their lives placed on a new trajectory. Meanwhile April's daughter isn't without her own secrets. Online, Laura has been posing as a middle-aged woman, developing a relationship with a strange man. When he asks to meet in person, Laura is torn. She never planned it to go this far, but as life around her is making little sense, Laura feels she might do something drastic.The summer wears on: Benjamin and DeShawn uncover secrets running under the surface of this small town; April and Paul's affair will bring them to the edge of what they know and believe; Laura's internet life collides with her real one, leading her to strange and dangerous places.