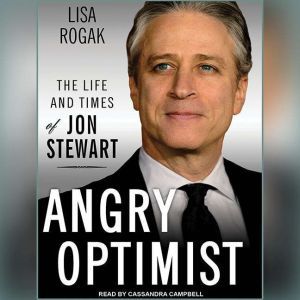 Angry Optimist: The Life and Times of Jon Stewart

Since his arrival at The Daily Show in 1999, Jon Stewart has become one of the major players in comedy as well as one of the most significant liberal voices in the media and on television today. In Angry Optimist, Lisa Rogak charts his unlikely rise to political stardom, from his early stand-up days to the short-lived but acclaimed Jon Stewart Show. Drawing on interviews with current and former colleagues, she reveals how things work behind the scenes at The Daily Show. With speculation simmering about Stewart's possible retirement from The Daily Show and a contentious midterm election in 2014, this biography may come to serve as a capstone for a comedian who has wielded incredible power in American politics.