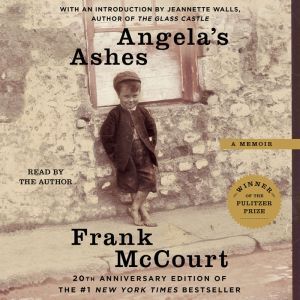 "When I look back on my childhood I wonder how I managed to survive at all. It was, of course, a miserable childhood: the happy childhood is hardly worth your while. Worse than the ordinary miserable childhood is the miserable Irish childhood, and worse yet is the miserable Irish Catholic childhood." So begins the luminous memoir of Frank McCourt, born in Depression-era Brooklyn to recent Irish immigrants and raised in the slums of Limerick, Ireland. Frank's mother, Angela, has no money to feed the children since Frank's father Malachy, rarely works, and when he does he drinks his wages. Yet Malachy does nurture in Frank an appetite for the one thing he can provide: a story. Perhaps it is a story that accounts for Frank's survival. Wearing shoes repaired with tires, begging a pig's head for Christmas dinner, and searching the pubs for his father, Frank endures poverty, near-starvation and the casual cruelty of relatives and neighbors -- yet lives to tell his tale with eloquence, exuberance and remarkable forgiveness. Imbued with Frank McCourt's astounding humor and compassion -- and movingly read in his own voice -- Angela's Ashes is a glorious audiobook that bears all the marks of a classic.

If I could give this book a -5 star rating, I would. I absolutely HATED it!! and I didn't even get past the 6th disk, with 6 more to go, no less!! After listening to hour after hour of pain, poverty, hunger, filth, and misery, to say I'm enjoying the experience would be lying. In my opinion, some books just should not be written like Stephen King's _Misery_, for example, or Nevada Barr's _Hard Truth_ and this is one of those. Based on this book alone, I'll never read or listen to another Frank McCourt book as long as I live.

I'm only sorry I didn't read this earlier, when it first came out. The best part about Mr. McCourt's writing is the fact that he actually narrates his own books as well, which adds to the stories. Even though his life was filled with poverty, he manages to continue thinking optimistically. He weaves humor into even the worst of experiences. I was so enamored with him that I'm now listening to his second book, Tis, and I plan to listen to his third book, Teacher Man after that.