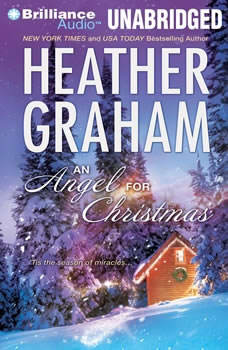 Angel for Christmas, An

Christmas has never brought out the best in the MacDougal family. Still, year after year, they gather together in the Blue Ridge Mountains to try to make the season merry and bright. But this year is an especially strained one, with Shayne’s impending divorce, Morwenna’s slavish devotion to work and Bobby’s reluctance to face what life has to offer. They’ve never felt less like a family. Then, in the midst of a snowy sibling shouting match, a mysterious stranger appears. He could be a criminal, a madman — or something far more unexpected. Despite their fears and the growing danger in the dark woods around them, the MacDougals take a leap of faith. But when another stranger arrives on the mountainside, they don’t know which of them to believe. One of these men can’t be trusted. And one is about to bring Christmas into their hearts.