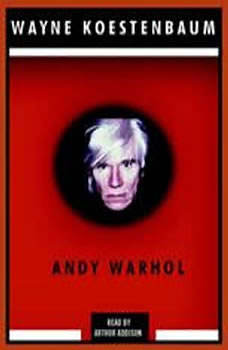 In his bravura account of Warhol's life and work, scholar and culture critic Wayne Koestenbaum gets past the contradictions and reveals the man behind the blond wig and dark glasses. Nimbly weaving brilliant and witty analysis into an absorbing narrative, Koestenbaum makes a convincing case for Warhol as a serious artist, one whose importance goes beyond the sixties. Focusing on Warhol's provocative, powerful films (many of which have been out of circulation since their initial release), Koestenbaum shows that Warhol's oeuvre, in its variety of forms (films, silkscreens, books, "happenings" and so on), maintains a striking consistency of theme: Warhol discovered in classic American images (Brillo boxes, Campbell soup cans, Marilyn's face) a secret history, the eroticism of time and space.