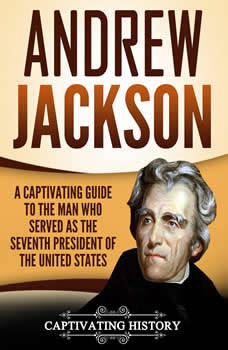 Andrew Jackson: A Captivating Guide to the Man Who Served as the Seventh President of the United States

When Jackson left the White House after two presidential terms, he had achieved a rare feat: He left office with even more popularity than when he first entered it. His reputation as a strong president and a "champion of working-class democracy" has nevertheless been viewed through a more nuanced lens in recent years.

In 2016, President Barack Obama decided to replace Andrew Jackson's visage on the front of the $20 bill with a portrait of abolitionist Harriet Tubman. Meanwhile, current President Donald Trump has repeatedly drawn parallels between himself and Jackson via his infamous Twitter account and public speeches. He even put a portrait of Jackson in the Oval Office and visited his tomb in Nashville shortly after being sworn in.

The present day is thus an apt time for a look into Jackson's divisive life and legacy and that is what this captivating audiobook offers.

Click the "add to cart!" button to learn more about Andrew Jackson!