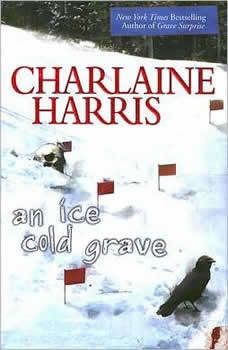 New York Times best-selling author Charlaine Harris is a fan favorite for her Sookie Stackhouse mysteries as well as this series starring supernatural detective Harper Connelly. Called to tiny Doraville, North Carolina, Harper investigates the disappearance of several young boys. After finding them buried in a secluded wood, it becomes clear that a sadistic serial killer is stalking the town’s children.

A Secret Rage
by Charlaine Harris

The Anthony Award-winning author of the smash hit Sookie Stackhouse novels crafts a powerful tale of violence and justice. After a modeling stint in New York, Nickie Callahan returns to Tennessee hoping to enjoy the sweet, easy life. But soon a se...

Sweet and Deadly
by Charlaine Harris

Before she soared to massive popularity with her New York Times best-selling Sookie Stackhouse novels, Charlaine Harris launched her career with this critically acclaimed mystery. Suspicious of the “accident” that killed her parents, C...

Very good book. I have not read the others in the series yet but if it is like this one I will be very happy. I read it in one day. I really liked the ending.

This was much better than the 2nd book in the series but...I still just dont care about her relationship with her brother. Not only is it kind of awkward but it just didnt add anything worth it to the story.