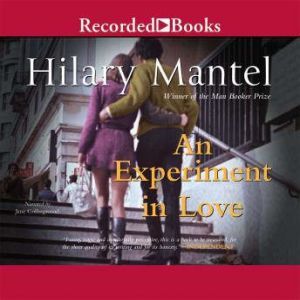 An Experiment in Love

Carmel McBain is the only child of working-class Irish-Catholic parents. Her mother aspires to something more for her than what life in their depressed mill town has to offer. She is ambitious for her daughter, determined that she slip through England's rigid social barriers. And so, early on, she pushes Carmel, first to gain a scholarship to the local convent school, then to sit the exams for a place at London University. And Carmel does not disappoint. But success carries with it a fearful price. It sets her on a lonely journey that will take her as far as possible from where she began, uprooting her from the ties of class and place, of family and faith. Uprooting her ultimately from her own self. A coming-of-age novel, a memoir of a Catholic childhood, a piercing and witty look at social pretensions, a story of lost possibilities and girlhood betrayals: perhaps only a novelist of Hilary Mantel's enormous talents could have taken such material and shaped it into so fresh and arresting a tale.