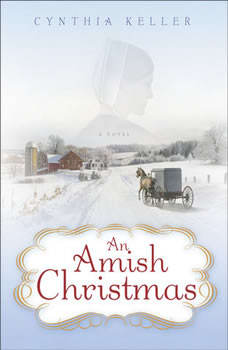 Meg Hobart has everything: a happy marriage to a handsome, successful husband, a beautiful home in Charlotte, North Carolina, and three wonderful children. But it all comes crashing down around her the day she learns that her husband, James, has been living a lie—and has brought the family to financial ruin. Penniless and homeless, the Hobarts pack up what little they still possess and leave behind their golden life for good. But it’s not the material things Meg finds herself mourning. Instead, she misses the certainty that she should remain married to James, who has betrayed her trust so thoughtlessly. Worse, she is suddenly very aware of just how spoiled her children have become. Meg wonders what her family has really sacrificed in their pursuit of the American dream.

A frightening twist of fate forces the Hobarts to take refuge with a kind Amish family in Pennsylvania, where they find themselves in a home with no computers, no cell phones, nothing the children consider fashionable or fun. Her uncooperative brood confined to the Amish world of hard work and tradition, their futures entirely uncertain, Meg fears she can never make her family whole again.

Celebrating life’s simplest but most essential values, packed with laughter and tears, this is a story of forgiveness and the power of love. You will never forget the special moment in time that is An Amish Christmas.