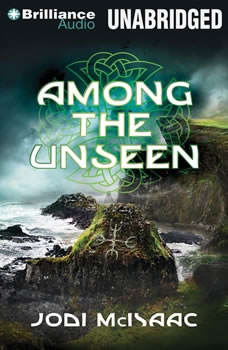 Life just keeps getting more complicated for Cedar McLeod. As the recently crowned queen of Tír na nÓg, she’s trying to understand her magical new kingdom, even as she misses her life back on Earth. It doesn’t help that a dear friend has just betrayed her—a betrayal that almost cost Cedar and her family their lives. And things aren’t easy at home, either, as Cedar’s seven-year-old daughter, Eden, lost and lonely in Tír na nÓg despite her special powers, has become painfully distant.Cedar vows to do whatever it takes to protect her family once and for all, and starts rounding up those who plotted against her. But then a new disaster breaks out: a mysterious sickness is plaguing the Unseen, Ireland’s magical creatures, including those Cedar knows and loves. With enemies still on the loose and not knowing whom she can trust, Cedar must race against time to reverse an ancient curse, in a journey that will take her from Tír na nÓg to Earth…and beyond.Brimming with edge-of-your-seat adventure, Among the Unseen—the exciting conclusion to Jodi McIsaac’s Thin Veil trilogy—weaves an enchanting, captivating spell.