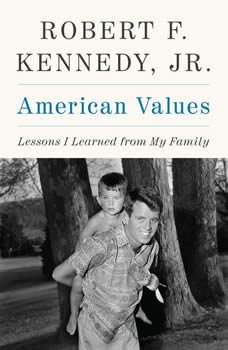 American Values: Lessons I Learned from My Family

With rich detail, compelling honesty, and a storyteller’s gift, RFK Jr. describes growing up Kennedy in a tumultuous time in history that eerily echoes the issues of nuclear confrontation, religion, race, and inequality that we confront today. This powerful book combines the best aspects of memoir and political history. The third child of Attorney General Robert Kennedy and nephew of JFK takes us on a journey through his life, including watershed moments in the history of our nation. These pages come vividly to life with intimate stories of RFK Jr.’s own experiences, not just with historical events and the movers who shaped them, but also with his mother and father, his own struggles with addiction, and the ways he eventually made peace with both his Kennedy legacy and his own demons. The result is a book that is remarkably stirring and relevant, providing both insight and hope for all Americans at a time when they are needed like never before.