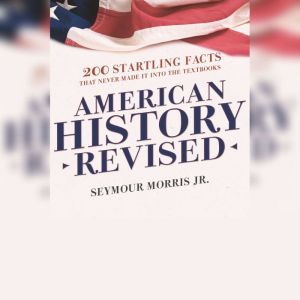 American History Revised: 200 Startling Facts That Never Made It into the Textbooks

This spirited reexamination of American history delves into our past to expose hundreds of startling facts that never made it into the textbooks, and highlights how little-known people and events played surprisingly influential roles in the great American story.We tend to think of history as settled, set in stone, but American History Revised reveals a past that is filled with ironies, surprises, and misconceptions. Living abroad for twelve years gave author Seymour Morris Jr. the opportunity to view his country as an outsider and compelled him to examine American history from a fresh perspective. As Morris colorfully illustrates through the two hundred historical vignettes that make up this book, much of our nations past is quite differentand far more remarkablethan we thought.We discover the following:In the 1950s Ford was approached by two Japanese companies begging for a joint venture. Ford declined their offers, calling them makers of tin cars. The two companies were Toyota and Nissan. Eleanor Roosevelt and most womens groups opposed the Equal Rights Amendment forbidding gender discrimination. The two generals who ended the Civil War werent Grant and Lee. The #1 bestselling American book of all time was written in one day. The Dutch made a bad investment buying Manhattan for $24. Two young girls aimed someday to become First Ladyand succeeded. Three times, a private financier saved the United States from bankruptcy. Organized into ten thematic chapters, American History Revised plumbs American historys numerous inconsistencies, twists, and turns to make it come alive again.