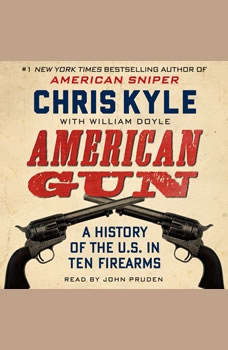 American Gun: A History of the U.S. in Ten Firearms

This essential, page-turning narrative on the history of drone warfare by the acclaimed author of Rumsfeld explores how this practice emerged, who made it happen, and the real consequences of targeted killing. Assassination by drone is a subject of...

The Gun
by C. J. Chivers

It is the world's most widely recognized weapon, the most profuse tool for killing ever made. More than fifty national armies carry the automatic Kalashnikov, as do an array of police, intelligence, and security agencies all over the world. In this...